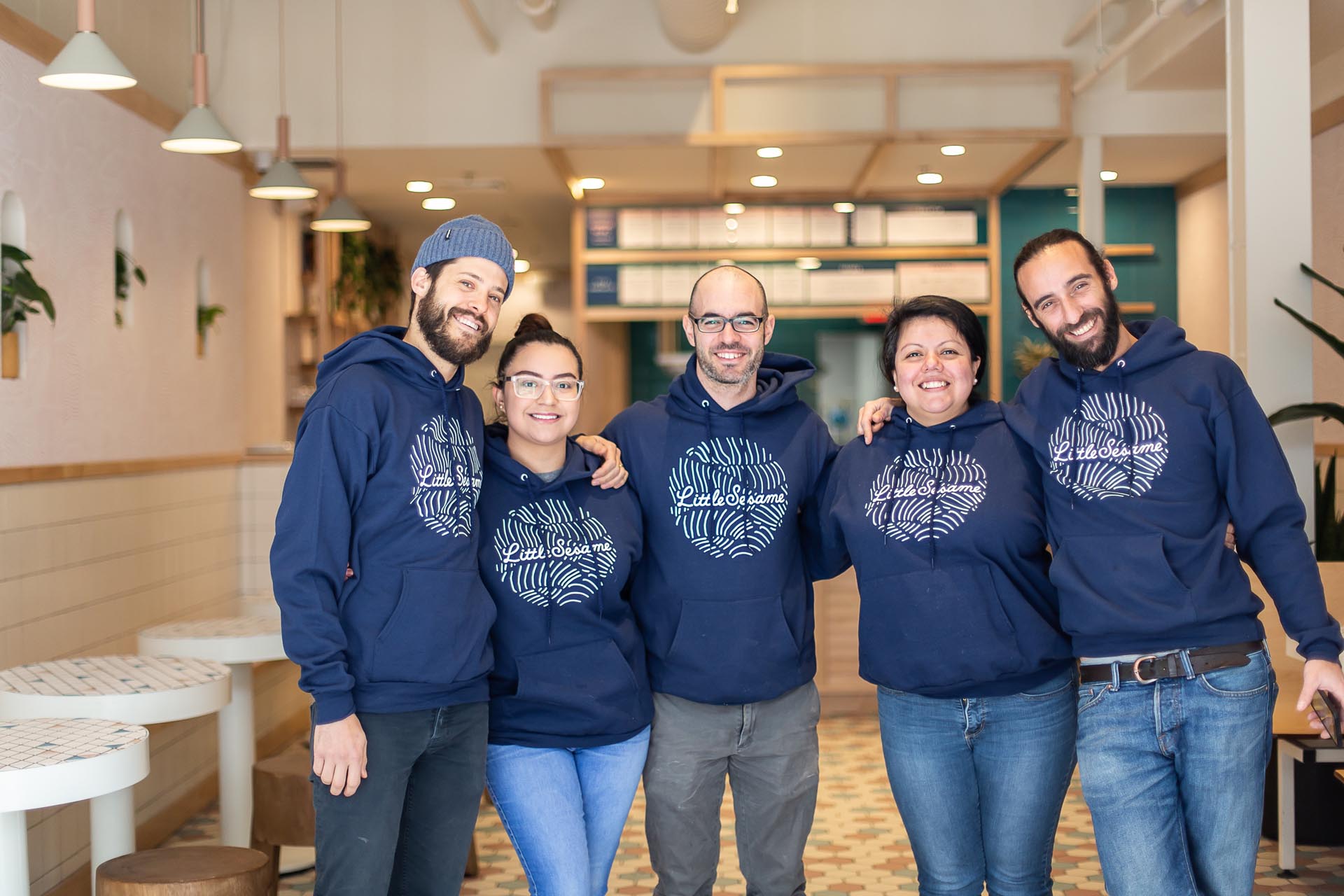 "Investing in food is investing in each other," believes Nick Wiseman, co-founder of Little Sesame, a restaurant in Washington, DC. The story of how they transformed their business model in the face of the pandemic and how their delicious hummus wound up in your 4P Produce Bag is inspiring; and it demonstrates the resilience of a local food system and the power of community. 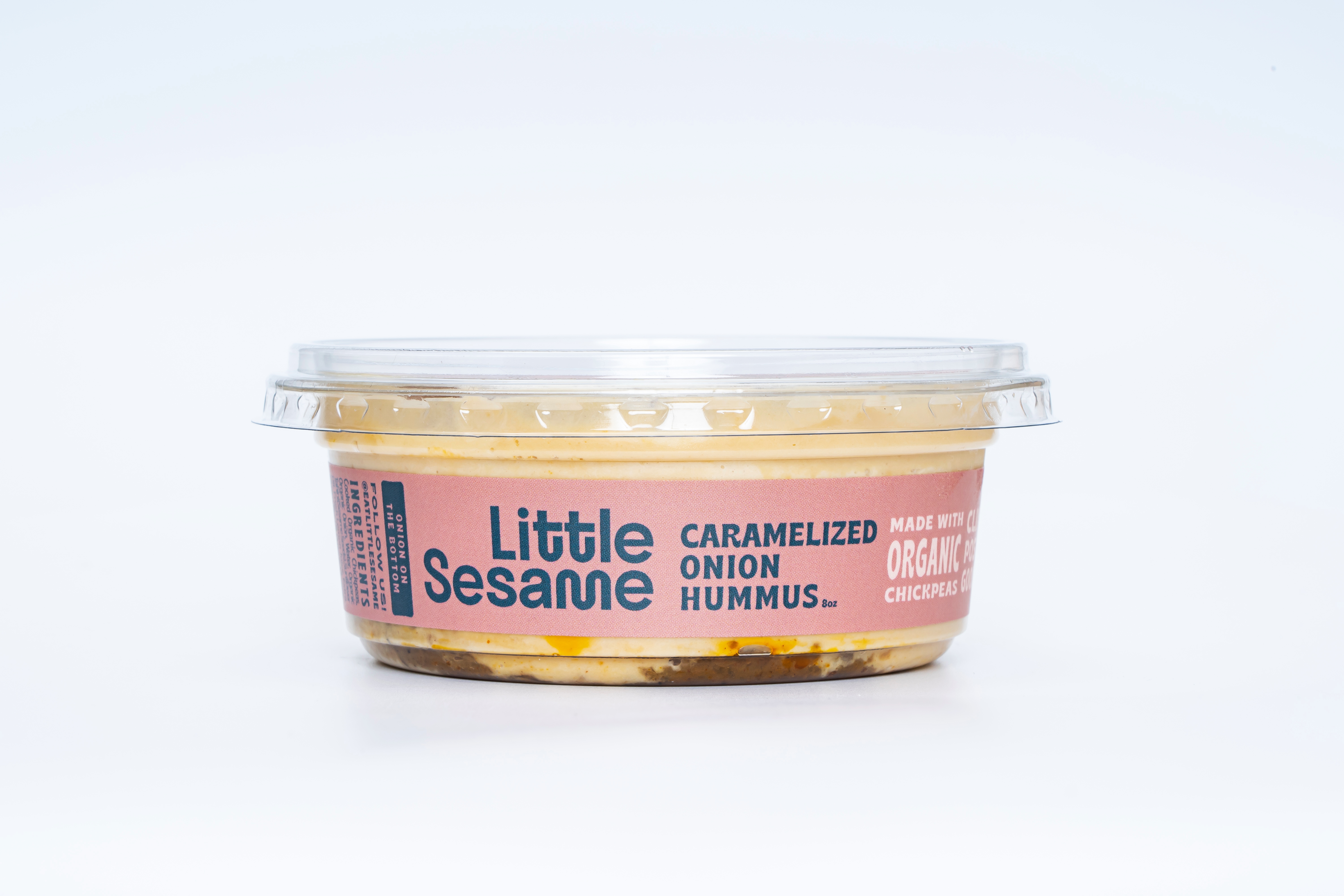 Nick is a 3rd generation DC native who began cooking at fifteen years old. Later, while cooking in New York City, he met Ronen. Nick and Dave have been partnered in the restaurant business for over ten years, building relationships with farmers to source menu ingredients, including their Organic Kabuli chickpeas grown exclusively for them by farmer Casey Bailey from his 5000 acre family farm in Fort Benton, MT. Ronen is from Tivon, Israel, where memories of the markets drew him to cook and create his interpretation of foods from the Silk Route region.

They aim to build community around their restaurants, and have built a devoted following around their unique menu and what The Washington Post calls the best hummus in DC - and their signature hummus became the perfect accompaniment to our Produce Tote veggies. Creamy and craveable with just the right amount of spice, it's certainly a 4P Foods favorite!

Their menu offers many vegetarian and vegan options, featuring exciting flavors like za'atar and sumac alongside oat milk-based soft serve and tahini sesame paste. It's a delicious way to eat healthy while supporting sustainable practices. 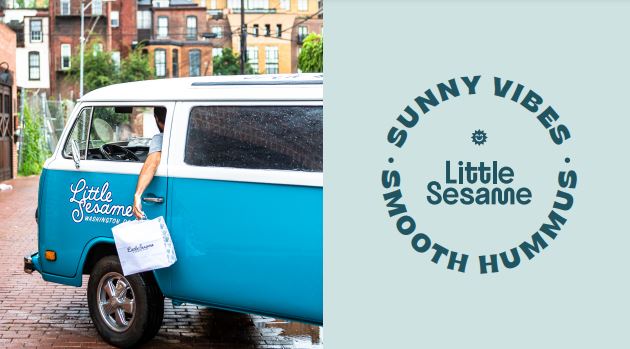 In addition to their restaurants, the Little Sesame team also started the Little Seedlings program (, an annual fellowship to support young farmers and helping them to grow their infrastructure with grants offered in conjunction with the National Young Farmers Coalition.

As the city began to feel the effects of the pandemic, Little Sesame, like many other neighborhood eateries, were faced with shut-downs (The hospitality industry shed almost half a million jobs in March 2020). Nick and his team decided that they would change their business model in the light of the economic crises and school closings that underscored DC's food insecurity.

Little Sesame launched Meals for the City, turning their commercial kitchens into community kitchens, preparing meals for D.C’s Ward 7 neighbors who have been most deeply impacted by the COVID-19 pandemic. In partnership with locally-based nonprofits, including World Central Kitchen, they served 75,000 meals from their Chinatown location by the time the initiative ended in early fall 2020.

Little Sesame Golden Triangle location is currently open for pick up and delivery. Learn more & follow along their adventures: @eatlittlesesame