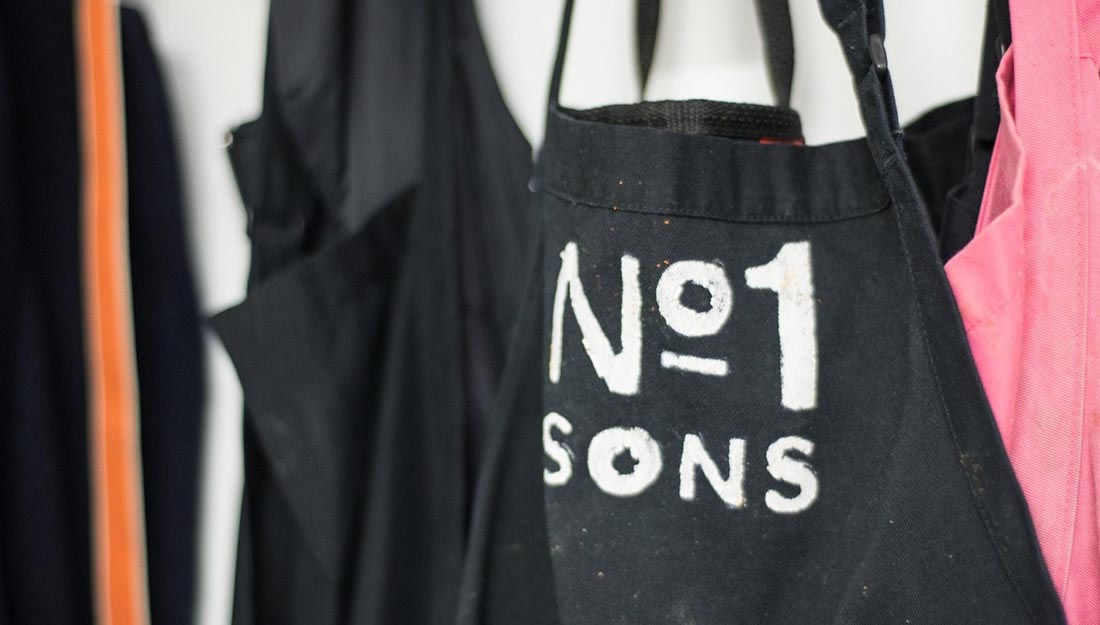 Number 1 Sons was lunched by a brother-sister team in 2012. Yi Wah and Caitlin Roberts grew up in a household where every meal was handmade by their mother. Caitlin remembers the first time she ever saw someone make cake out of a box and how shocking it was for her. “That isn’t the way you eat” was her first thought and a belief she holds on to firmly to this day. Number 1 Sons is an outcome of this very belief and their high standards as to what food should be shines through in each of their products.

The duo’s offerings are influenced by their mothers cooking and their Chinese-Irish background. Many of the dishes they ate growing up included fermented foods such as kimchi, a popular Korean dish that is made from cabbage. Because kimchi is one of the stable product offerings of Number 1 Sons, they are often confused as Korean. Fermentation may be all the rage these days because of its health benefits and delicious flavor, but it’s actually a tradition that began in China as long as 9,000 years ago. Even dishes such as sauerkraut, which was popularized by the Germans, have been linked back to ancient China.

The process is really quite simple: vegetables are prepped then soaked in a bath of water, salt, and spices where they are brewed for up to three weeks before they are ready for market. The technique is all about “providing a favorable environment for the good bacteria to outcompete  pathogenic bacteria” says Yi Wah. This is the same process that is used to create beloved foods such as vinegar, pickles, sauerkraut, and many more.

Number 1 Sons works hard to ensure their business is doing it’s part for the planet. They store all of their product in reusable containers and attempt to use recycled products in all aspects of their business, including their “crappy” van.

Unlike store bought fermented products, Number 1 Sons does not pasteurize (the process of heating to a certain temperature to kill any potential bacteria) their final product. This means that there are active cultures still thriving when it gets to your belly. This also means that you may experience a build-up of gases inside the Number 1 Sons plastic container at some point. Don’t Freak Out! This is good. It just means that the good bacteria is doing its job. Just pop the lid and let the gases out. Yi Wah and Caitlin fully believe in the power of fermentation to not only super charge your microbes but also to promote a healthy gut!

You can find Number 1 Sons in many locations throughout D.C., Maryland, and Virginia

Number 1 Sons
Back to Our Farmers