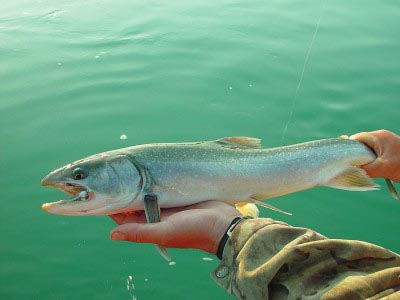 It's Not Local: Why Wild-Caught Salmon from Alaska is the Best

We are very excited to be getting salmon in our protein share. Although the salmon is from Bristol Bay, Alaska, it does come to us through a local connection: Jesse Straight from Whiffletree Farm, whose delicious eggs and meats you've been getting in your share.

Jesse met Cabot Pitts 3 years ago, and the two instantly connected over their love of the land. Cabot spends most of his time in Alaska, working as a wild game hunter and nature trip guide. During the salmon fishing season, which is only about 1 1/2 months, he spends his time catching salmon at Bristol Bay, the eastern-most arm of the Bering Sea.

Fishing in Alaska isn't as wild and free as some may picture it. The whole process is highly regulated by the Game Department, which lets fishermen know when and how long they can fish for (usually from 8 an-2 pm). The game department also tracks the fish and its migration patterns. This is all done to prevent overfishing, and keep the salmon population alive and healthy.

Once Cabot catches the fish, he'll bleed it right away, which preserves the quality of the fish. He then puts it in 32F water, and once he's done fishing, the salmon is flash frozen and shipped back to Jesse within 24-36 hours.

Since fishing of the salmon is so regulated there, it actually makes the wild-caught Alaskan salmon one of the most sustainable fish to eat. The Monterey Bay Aquarium Seafood Watch, a pioneer in helping educate the public on eating sustainable seafood, gives wild-caught Alaskan Salmon it's highest "Best Choice" rating. According to their website, "freshwater habitats in Alaska have remained relatively pristine, and salmon originating in Alaska does not face the same damming, deforestation and development challenges as those in California and the Pacific Northwest. The current abundance of Alaska salmon and its habitat reflects the success of the state's management practices."

Most farm-raised salmon, on the other hand, is being fed cheap commodity grains and fats on the market. Those grains are often genetically modified, and filled with pesticides and herbicides. The salmon are being fed bottom of the barrel scraps, and also receive antibiotics because they're raised in crowded farm pools. Not only is wild-caught salmon significantly better for you, but it also tastes significantly better and fresher than the farm-raised kind.

So even though Jesse's salmon isn't from right here in the Mid Atlantic, it's the best option for getting salmon that is sustainable, healthy, and delicious. We’re aware that our carnivorous members out there still eat fish, and we recognize that it’s not easy to eat sustainable, healthy, and environmentally-friendly fish. Our job is to make those choices easier for you, by providing you with salmon that you can feel good about eating, while also supporting a better food system. We try our best to source everything locally, but sometimes salmon just doesn't swim in the Chesapeake Bay- so we don't mind getting it from the next best source.